Merry Christmas from the Asche Family

A few weeks ago my family asked if I was going to write a Christmas letter this year. You may recall that we actually wrote our first family Christmas letter two years ago and I got an earful of responses. Mostly comments like “I can’t believe you would say that” or “I hope you didn’t send a copy to your aunt.” So I shelved the idea. But the family persisted, so here we go. I’ve poured myself a glass of port wine (Taylor Fladgate), I’m listening to Christmas music (Trans-Siberian Orchestra) and I’m finally ready to give you an account of the past year. First a sip of port…that’s good stuff.

So I drew names out of a hat, well not actually a hat, a paper cup, to see whose glorious ye 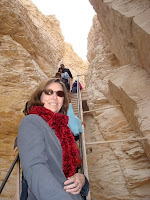 ar I would recount first. Sherri is the first up and she has had a very good year. Let’s talk traveling – she went to to see a living queen, to to see a dead queen, and to to see a lot of wildlife and some real Americans. She didn’t actually get to meet either queen. She did however see where they live, so that’s pretty cool – well, only one of them, the other, being dead, doesn’t actually live anywhere. She had a great time in with her cousin Peggy, and spent time consorting with eagles and bears. Since she was just in and there was a lot of talk about during the election season, she was asked if she could really see from . The only she saw were the white Russians that the Alaskans are fond of drinking. 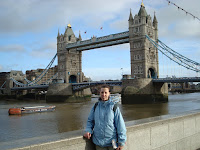 went to and too. She started the year working for a firm that sells executive insurance policies. At least that’s the best I can figure out. All we know is that it’s a bunch of executives that meet with a bunch of clients, golf and drink a lot. So they’re either insurance brokers or they’re executives at AIG. Nonetheless, she likes the job and she’s saving money for graduate school. She’s applied to two schools in . Since the British have “acquired” much of western civilization’s art over the past few centuries, what better place to become an expert art historian.

Rob is plugging away at DVC and hopes to be finished next semester. He’s planning to major in communications. Any of you that have lived through teenage boyhood or have lived with a teenage boy, know how incredibly ironic that is. Anyway he really is quite creative and very good writer. He offered to write the Christmas letter but he tends towards darker subjects and more observational topics. The letter would digress into a commentary about what’s up with the houses that have only blue lights? Which reminds me, what is the deal with houses and blue lights? Think about it, you never see all red lights or all 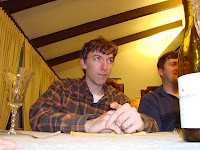 orange lights. Here’s the prevailing theory in the Asche household – they’re Hanukkah lights. I’ve thought about stopping at one of the houses and asking them what the deal is. We generally think that may be a tad insensitive. So if anyone knows the answer, please pass it along. As I was saying, he would likely digress into other topics but if you’re on Facebook, check out some of his blurbs. His piece on why we don’t get presents any more is pretty good.

Sherri just stopped in to say “Hi”. She asked me to turn the music down and wants to know why I’m drinking port at 10 in the morning. I told her it helps put me in the holiday spirit. “Oh really” she says, “I bet if you took me shopping that would really put you in the holiday spirit.” I said, “If we’re going shopping, I better have a couple more glasses of port.” She said, “Just finish the letter and try not to insult anyone this time.” I said, “Don’t worry I’m avoiding p 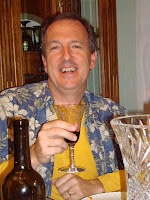 olitics, religion and sports, so we’ll be fine”

Ok, back to the letter. I had an eventful year. I kept my job. I voted in the primaries and the general elections. I donated money to support a political candidate. It’s not who you think. According to some people, I drank a lot of port. I hired a professional trainer to teach me how to eat properly and to help me lose 25 pounds. Both goals were accomplished. Over the course of 7 days, myself and 4 friends rode our bikes from the Mediterranean Sea to the Atlantic Ocean through the on the border of and . That was an epic trip. I definitely got a new appreciation of what those riders in the Tour de France do. Ok maybe that was a little more interesting than voting and a lot better than my trip to .

My port is almost gone, so I’ll wrap this letter up. We wish you all a Merry Christmas and a Happy and Prosperous New Year.